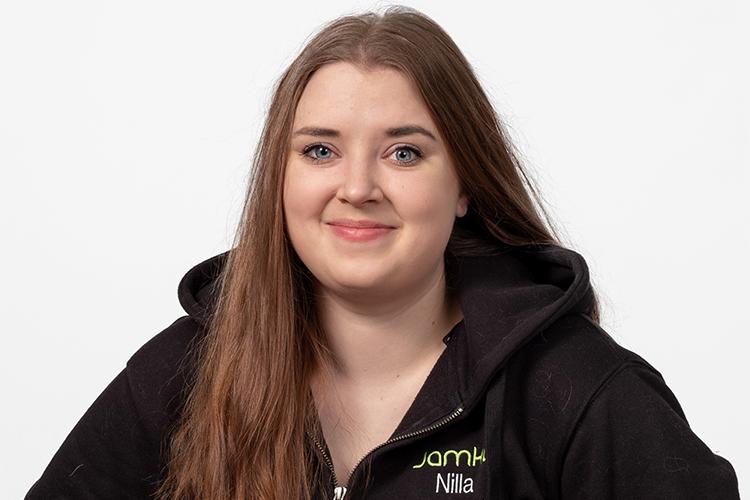 I have been thinking about getting involved in organization activities. As an engineering student I thought about applying for the Jyväskylä Engineering Students Association (JIO ry), but mostly I dreamed about going to the student exchange for the next spring, so all the other thoughts were dismissed. I was JAMKO’s tutor for a year starting from that autumn, so JAMKO was quite familiar to me.

There was this very specific day that I was heading home from Rajakatu, and the guidance and well-being advisor Eeva Vissel grabbed my hand. “Nilla, have you thought about applying for JAMKO’s board.” Really, I have not, but after discussing it for a long time, I did. Because everything could be done remotely, so if I just felt like I could, I could do the task on JAMKO’s board and the exchange at the same time.

So, I arrived at the organizing meeting of JAMKO representatives, where the new chairpersons and the board would be elected. I was really excited, because I did not know anyone and all meeting practices I was not used to. My hands were sweaty and the meeting was long. But in all I found myself to get elected with others and the board of the next year was organized.

The spring held a lot in itself. There were so many things that I had to learn, getting to know all the new people and many different kinds of meetings. I moved the thought about the exchange from the spring to the autumn. And at this time I recognized that I never left. It is not the thing I regret. The other plans overthrow the other plans.

The year being on JAMKO’s board has been challenging. Sometimes everything is going smoothly and sometimes I just throw up because of all the stress. I have to learn how to ask for help and understand that I do not have to do things all by myself. I have been tired and at some point very energized. I still feel that I have got more from the task I have done than it has taken from me. All the new people I have been able to get to know and have made friends from. I enjoyed being in JAMKO, so for the next year I applied to the representatives council.

The recruitment of the new board is on. Read more and apply.

The Road to JAMKO: Lauri

Together to the safer and brighter spring