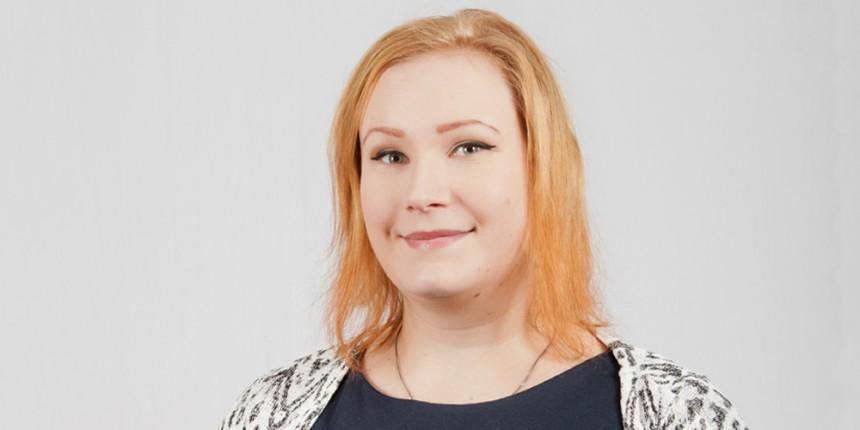 Greetings from Lapland (where snow is a real thing)

So we just got back from Saariselkä, Inari this Tuesday. The first thing I noticed when we got back to Jyväskylä that there was no snow. At all. And it was warm. It´s been raining lately and the weather is something it should be in the early autumn of similar to it. I thought I would give you some snowy greetings from JAMKO Lapland trip that was executed with our co-operative partner, Timetravels.

The Lapland trips are annual, we have one in each semester, in the beginning of the year and at the end of it. 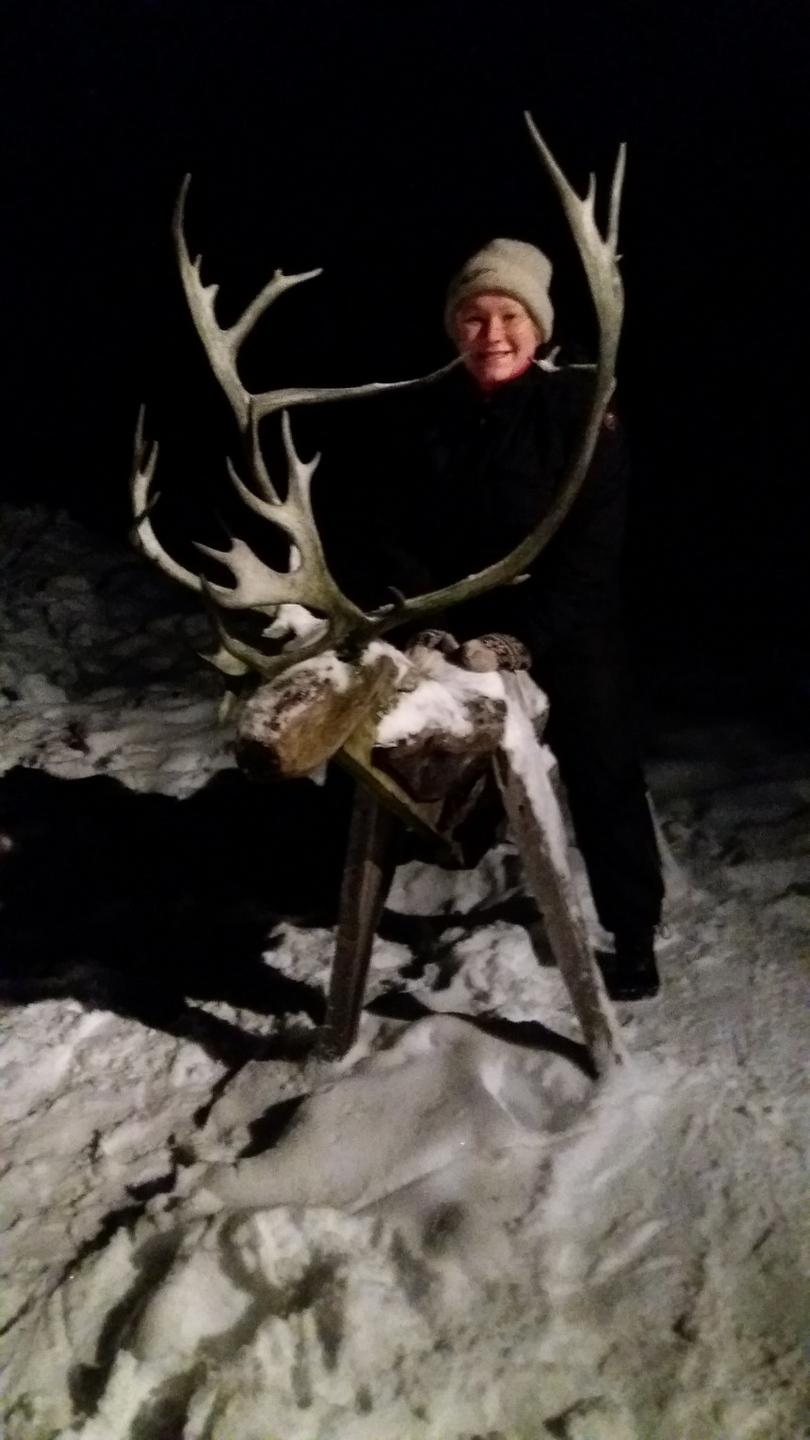 I RODE A REINDEER!!

I strongly recommend visiting Lapland at least once while you are in Finland. The views are breathtaking, the locals nice and friendly, reindeers cute & tasty and if you get lapful of husky puppy even for bit it is going to make your visit spectacular!

We were so lucky in our travels, we got to see the northern lights on the last night in Saariselkä. My phone´s camera sucks lemons so I don´t have any photos of them 🙁

But what I do have is pictures of are some of the activities we did! 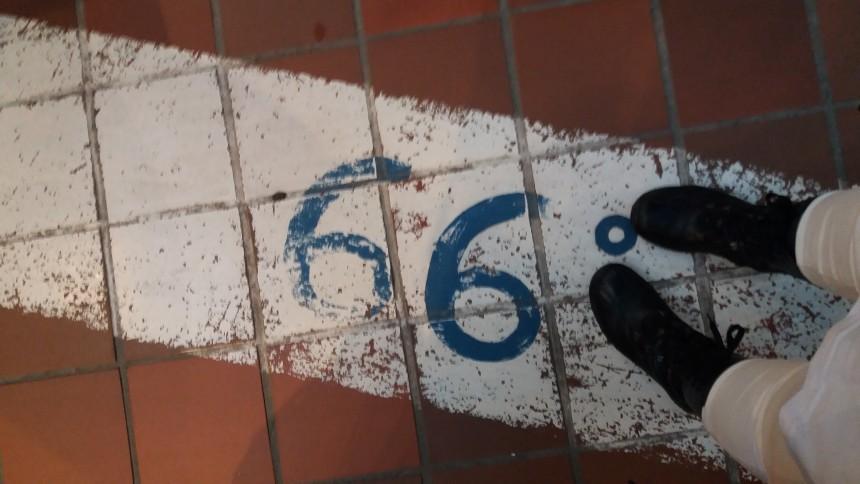 Went to both sides of the Arctic Circle!

On the way to Saariselkä we stopped at Rovaniemi Santa Claus Village. It is excactly on the Arctic Circle. I got sit on Santa´s lap and I hope he will give me some presents at christmas.. I don´t have a picture of me and Santa but I got a picture of my feet on the Arctic Circle 😀 It is possible to send a letter from Santa Claus to your loved ones from there, signed by him of course. I almost send one to my lovely brother but in the end decided against it. I´m not that sure that he believes in Santa anymore. Got him something more practical though. 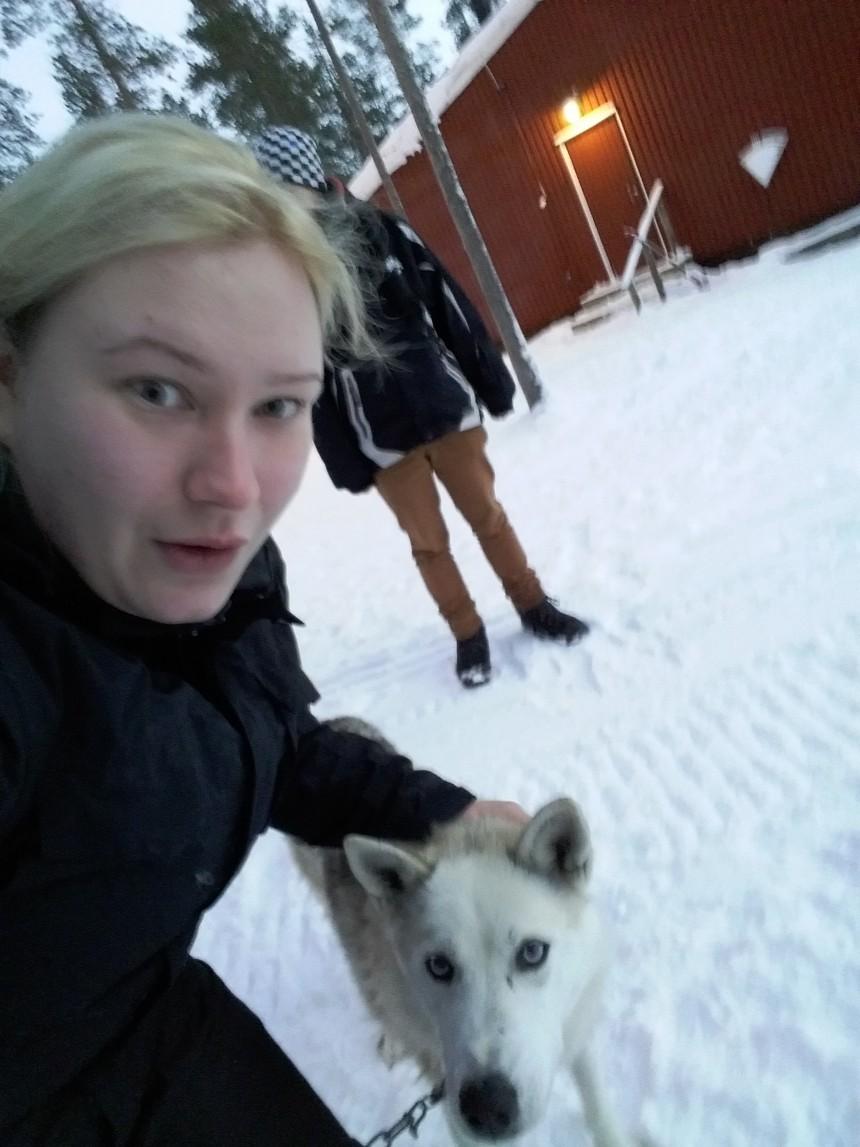 At Saariselkä we had the option to do some cross-country skiing and I tacked that chance with my lovely travel companion, miss Taija Minkkinen. We also did some snowshoeing and got a picture of the crew before we actually waded trough all the snow for approximately one hour. We went to Husky Safari where we got sleigh ride and got to drive half of the way too ( the other half we got to sit in the sleigh). There I met this really heart-warming old sleigh dog, Habat. She? was very affectionate & curious and I felt a bit sorry I could´t just stay there and cuddle her and the puppies we met. 11,5 weeks old husky puppies are adorable! And surprisingly heavy or maybe I just caught the fat one 😛 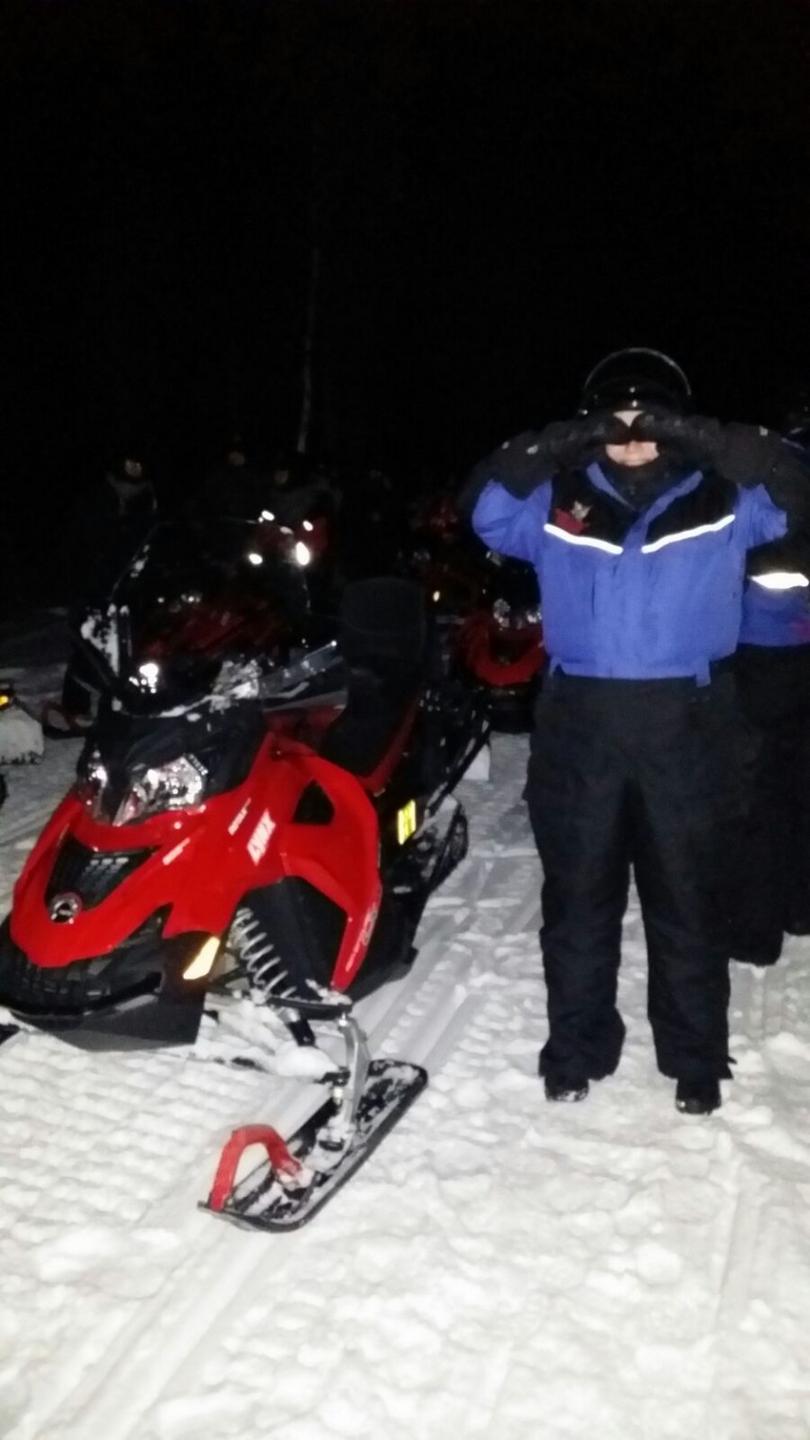 This was actually before the pro-ride, flash is super bright if you are in dark woods 😀

The scariest and most thrilling ( in a good way) activity we had was the Snowmobile Safari. We got to ride them ourselves but at the turning point we got short rides from the professionals arranging it. They went more than 80km/h and it was scary. The saying “hold on for your dear life” was very accurate. I didn´t expect it to be as bumpy as it was and I almost fell of. After the ride I felt like cooked pasta that had been thrown to the wall. But I recovered quicky and regained control of my noodle limbs.

Our group before going snowshoeing! (We weren´t that pretty after the trek but the happiness level was the same!)

The trip was a needed breather for the end of the year and I feel blessed that I was able spend some time with the lovely people there with us. 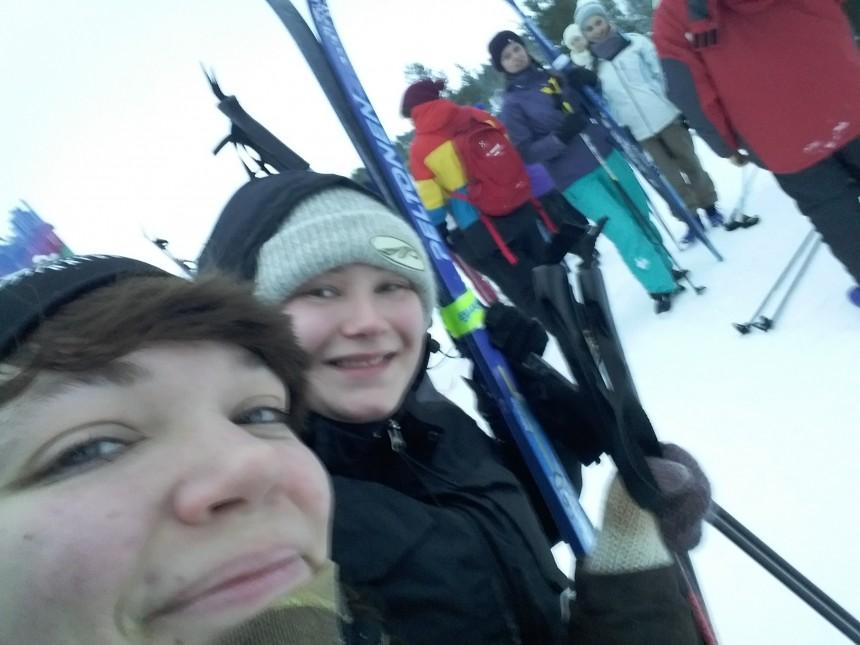 Taija & me going skiing ( I was so afraid of the downhills but didn´t fall!) 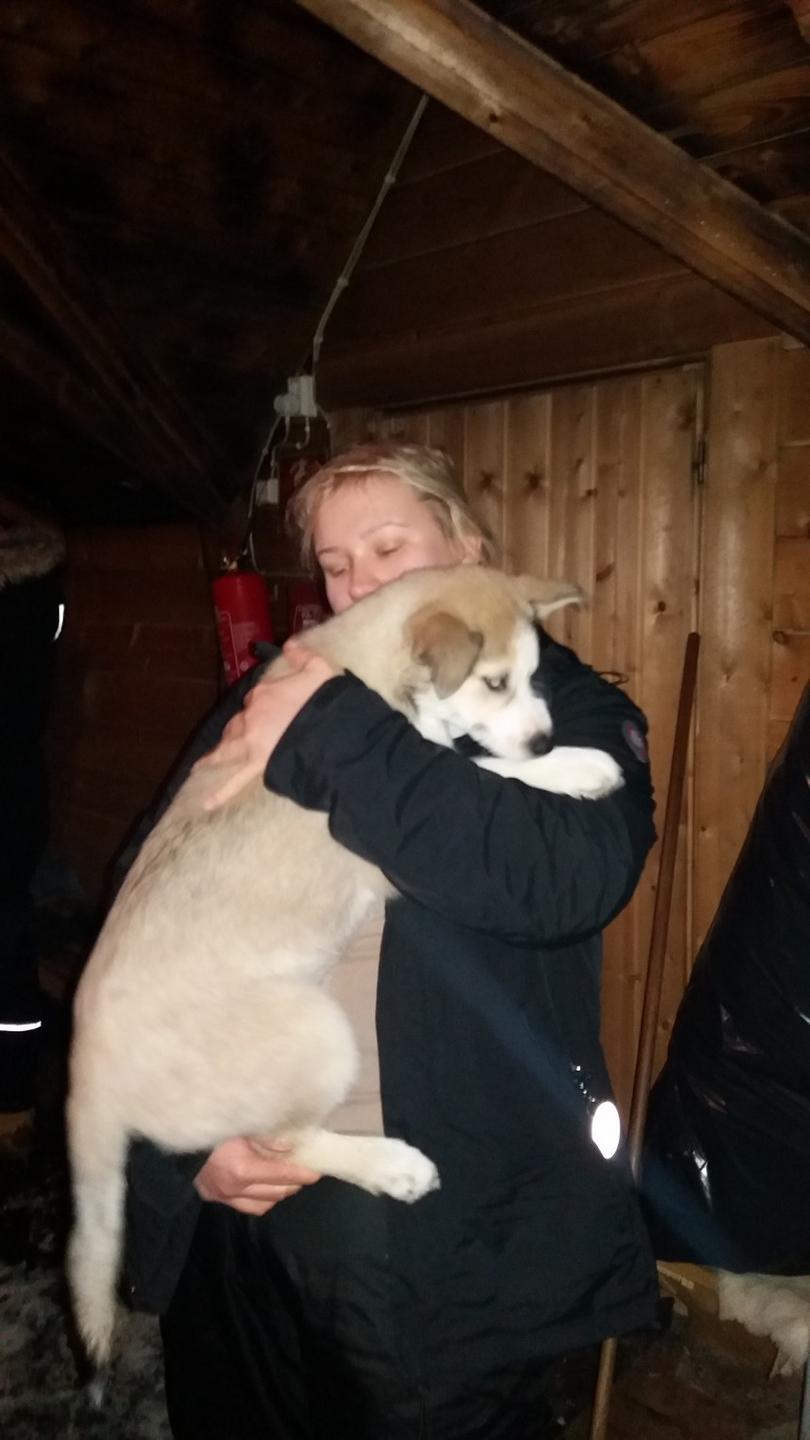 Me and the cutest puppy in the world

Season is a state of mind

Make the most of your time as a student