The Representatives to the term 2016 are chosen

The voting turnout was 35,6 percent, 3828 students were entitled to vote from which 1363 students voted. 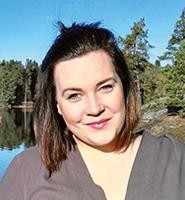 Marjut Isokangas is the Election Queen with 57 votes 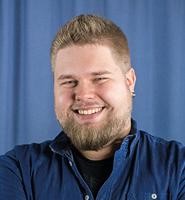 21 actual member and 21 vice members were chosen for the term of 2016. Alliance Insinööriopiskelijat IO (engineering students) grabbed 7 seats, which is the largest amount of seats in the representatives. The second highest number of seats received Konkurssi (business students) students, who got 6 seats. JASTO (social and health care students) collected 5 seats and MatkaRaTa representing tourism and service management students reached 3 positions in the representatives. Small alliances MusaSoi (Music Students) and Tarmo (agrology students) received one vice member position each. Political alliance Students National Coalition Party JyKo did not receive enough votes to get a position in JAMKO’s representatives. The vote-pullers, candidates who collected the most of the votes were JASTO’s Marjut Isokangas (57 votes) and Konkurssi’s Eemeli Rajala (59 votes).

JAMKO went though a regulation amendment and therefore the actual positions of the Representatives were reduced to 21 seats from previous 25.That is why the results are not directly comparable to the previous year. When the amount positions is smaller, the impact of those alliances who got the same amount or more seats in the previous year, grows.

Engineering students’ alliance and MatkaRaTa reached the same amount of seats and Konkurssi and JASTO lost two seats each. MusaSoi and Tarmo did not have any candidates in the previous year. The only political alliance lost their two positions as vice members.

54 persons stood as candidates in JAMKO’s representatives elections in the year 2015 and 7 electoral alliances were formed. None of the candidates were non-aligned. Voting period was from 26th of October till 12th of November.