The Representatives to the term 2017 are chosen

The highest authority of Student Union JAMKO has been chosen in Representatives’ election 2016. The voting turnout in the election was 23 percent. 3856 students were entitled to vote from which 885 students voted. The voting percentage decreased from last year 12,6 percent. 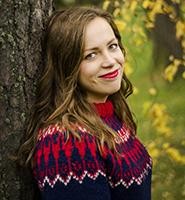 Music student Laura Kuisma won the election with a landslide. She collected 79 votes. 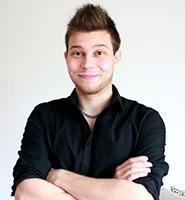 Tuomas Kallinki, who is a third year tourism student, got the second highers number of votes.

21 actual members were chosen for the term of 2017. Konkurssi (business students) grabbed 7 seats, which is the largest amount of seats in the representatives. The second highest number of seats received Insinööri- opiskelijat (engineering students) students, who got 6 seats. MatkaRaTa representing tourism and service management students reached 4 positions in the representatives and JASTO (social and health care students) collected 3 seats. Music students’ Jammaus received one place to JAMKO representatives.  National coalition students, JAMKO’s green students and Centre Party students’ coalitions did not receive enough votes to get a position in JAMKO’s representatives.

The vote-pullers, candidates who collected the most of the votes were Laura Kuisma from Jammaus (79 votes) and MatkaRaTa’s Tuomas Kallinki (53 votes). Kuisma’s poll was significant because she was the only candidate in her alliance and representatives haven’t had an actual member from music campus in several years.

First 21 persons have been chosen to the Representatives council (green base) and the rest are vice members of the representatives (white base). Candidates on the on the red base were not chosen.

WEEKLY OVERVIEW, WEEK 45 | The results of the Representatives election will be in this Thursday.